THE CLAN MACLEAN’S ON ISLAY troubles with MacDonalds and Campbells

The Clan Maclean has a long history with the Inner Hebrides Island of Islay. The island, only 23 miles long and 19 miles wide has attracted trouble throughout history. There is documented evidence of human life here 22,000 years ago and again after the ice age approx. 15,000 years ago.

Traditional history dictates the Scots, comes from the Dalriata (Dalriada) in around 500 AD, these were Irish/Celtic tribes coming from what is now Ulster, then Ireland. Gaelic speakers ruled west Scotland (as we know it now) Argyll, and developed into a kingship. In 1549 –  jumping ahead – the Dean of the Isles, Donald Munro tells of a council meeting at Finlaggan (Islay), where the MacDonalds ruled from.  This consisted of Maclean of Duart, Maclean of Lochbuy, Macleods, MacNeils and of course more MacDonalds and the Bishop of the Isle and Abbot of Iona. So we have written evidence of Macleans being involved. At this time the MacDonalds were Lords of the Isles (west coast). 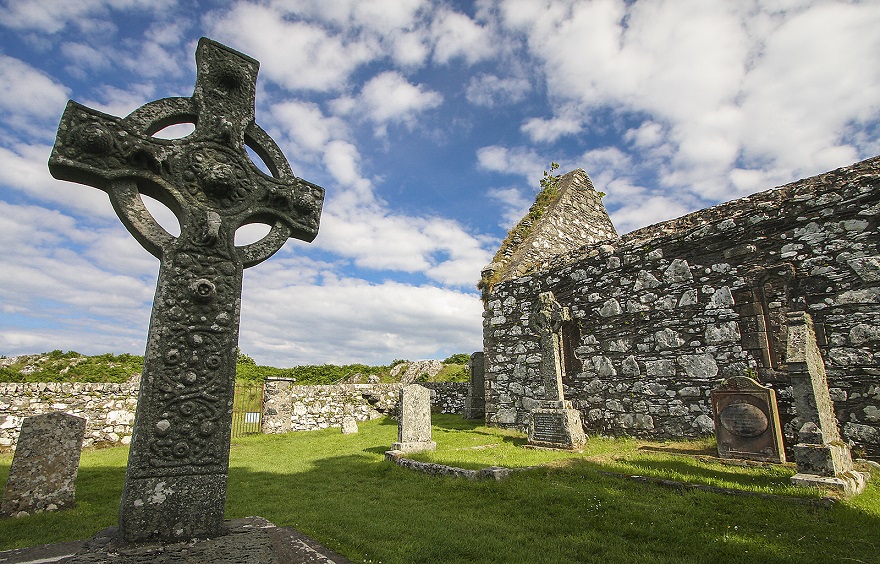 Back in 1390, the north half of Jura (next island) was granted to Maclean of Duart and later more lands given to Lochbuy (lochbuie). At this time Mull belonged to Duart, he acquired lands in Islay too, by John MacDonald II of the Isles. This grant of land much angered the MacDonalds of south Islay.  At this time Towerhouses were popular with Clan Chiefs, castels/towerhouses of the MacDonalds were given to Duart at Garvellach and Treshnish isles to look after. So we come to serious fallings out …

The battle of Traigh Ghruineard in 1598 was the last big Clan battle to be fought on Islay, it was between Sir Lachlan Mor MacLean, the 14th Chief of Duart and his nephew Sir James MacDonald of Islay. They fought over possession of the Rhinns in Islay which Lachlan Mor claimed was the dowry given to his wife in 1566 by her brother Angus MacDonald, Chief of Clan Donald South and the most powerful branch of Clann Dhomhnuill. Later, MacDonald gave the land of the Rhinns to Brian Vicar MacKay, lieutenant to the MacDonalds, and for years MacLean had demanded the return of the Rhinns to his wife.  Read the whole story here, including Macleans being burnt alive in a church; www.islay.blog/article.php/battleoftraighghruineard

With a whole history (and links) of Maclean conflicts, read more here; Benvigory 1598, a lofty hill in Kildalton parish, east side of Islay island. About 1600 the Macdonalds were severely defeated by Hector Maclean, who afterwards ravaged the island. https://macleanhistory.org/conflicts/battle-of-benvigory 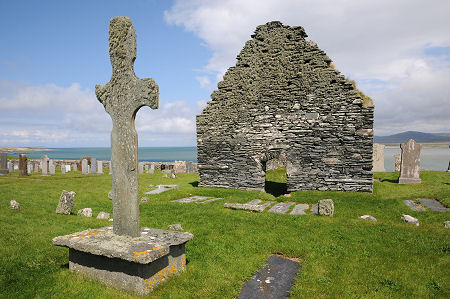 So we arrive at conflicts with Campbells on Islay, note we had many problems with this clan throughout history, here I am concerned only with Islay.  Approx 1614 – Campbells fall out with Macleans, who owned lands on Islay, they (Campbell) asked the king for this land if he pacified them, the King agreed. In the 17 century the old lands of Islay were now in Campbell hands (dubiously) and took lands from Macleans on Islay and Lewis. They also took Jura in 1666.  All of this and more land stealing did not go down well with Macleans, this was just an episode in the troubles between these two clans.

This has been a brief introduction to clan warefare and fueds with the west coast clans, I may point out, that the MacDonalds in particular, were also very friendly with the Macleans most of the time, joining up to fight Campbells whenever the opportunity arose!