In October  we took a couple of Texan ladies south to the English lakes and to Wales.  Of course, they had been to Scotland with us previously, in fact, a good friend of ours also guided them around Holland last year! So after all the emails and bookings, we decided to venture south of the Border.

Liz and Paul went to Kendal in the Lake District a day early, just to get our bearings and be there for their arrival. Can I just say now, all the water in every lake in England and Wales, put together, would NOT fill Loch Ness, a nice wee fact for you. Our guests arrived next day by train from Manchester airport, we then dondered around Windermere until mid afternoon, they were getting tired, we dropped them back to their accommodation in Kendal and bade farewell until next day. We did some research that night and took time out to enjoy ourselves. Our guests stayed 3 days/nights here, travelling around the lakes, castles, standing stones, scenery (not as good as Scotland but bearable).

Liz toodled off home and Paul was left alone with the girls, taking them down to North Wales, Conwy being our base for the next 3 days/nights. Their hotel was close to the superb castle there, over the next few days we visited Caernarfon, Harlech and Conwy castles, Portmeirion and other scenic locations, meanwhile Paul stayed some 5 miles away in Colwyn Bay – he used to live in North Wales in another life. So different from each other, Wales and Lakes, I must say I was happier in Wales, fellow Celts.

Three days up and we headed back into Saxonland, driving just under an hour to the Roman city of Chester. Paul dropped off the girls – staying here for 2 days/nights before going to London by train – seeing them safely into their fab hotel, then drove back to Scotland. Driving over the Border (the sign tells you, you are now in Scotland) fist in the air and a big yell! Nice to be home, but still a few hours to Perth. Home around 6pm from N Wales, a long drive but happy our guests Sandy and Kelly had a good trip.  I think/hope they enjoyed the tour and time with both Liz and Paul.

Although our main business and hearts are in Scotland, we can arrange Welsh tours, we also take tours in Ireland (and Holland), so if you too wish to travel with a driver guide, please ask us.

By the way, Why don’t Welsh pubs have whisky? Virtually every pub I wandered into had no whisky at all, or a terrible Bells etc. The smallest pub in Wales was in Caernarfon and I wandered in, no whisky either!  I did try and educate the owner so who knows? 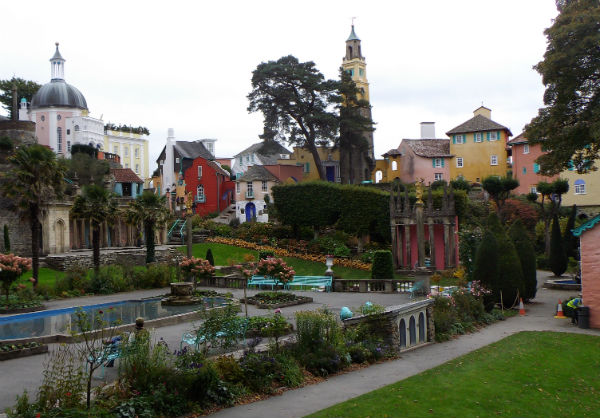