The Treaty of Perth

Our neighbours across the North Sea were not always friendly. Norse Vikings from Norway, as opposed to Vikings from Denmark –had raided Scotland relentlessly for several centuries, both Orkney and Shetland became Norwegian territory. Norway and Denmark often had one and the same monarch – such as Harald Bluetooth. It is easy to say, Danish raiders concentrated on England while the Norse Vikings raided Scotland and settled here. King Harald Fairhair and his sons Eric Bloodaxe and King Haakon I in the 11th century, had control over the Outer and Inner Hebrides, much of Kintyre, the islands in the Firth of Clyde including Bute and Arran and the Isle of Man, or Mann as it was known. King Edgar of Scotland, son of Malcolm Canmore, in 1098 in return for peace on the mainland, formally ceded the western islands and Kintyre to Norwegian King Magnus III. He was known as Magnus Barefoot or Barelegs, apparently so-called because he wore what was possibly an early kilt. The Kings of Norway allowed their Scottish dominions to be controlled by powerful earls.

Norse names; Jarlshof on Shetland – the name was given by Sir Walter Scott and means ‘Earl’s Mansion’ – which is the biggest archaeological site of Viking origin in Britain, and Orkney’s very own cathedral shows its Norse foundation, being named after St Magnus when it was founded in 1137 by Earl Rognvald, ceremonies like Up Helly Aa, and the New Year tradition that a first foot had to be “dark” because fair hair was so associated with Viking raiders. It narked Scots that part of their land was dominated by the Norse who had formed alliances with the Gaels to rule the Hebrides, with the Norse-Gael warrior Somerled and his dynasty taking the Lordship of the Isles – that is another story. By 1230, Norwegian King Haakon IV, decided to restate his control over the Western Isles and he launched a great longship raid on Bute and other islands which owed him taxes. Scotland’s King Alexander II began to seek control of the Hebrides for himself, and even offered Haakon cash for the islands. There was no deal, and Alexander decided to take at least the Inner Hebrides for himself in 1249, sadly dying as his battle fleet gathered near Oban (Maclean’s to the fore). His son Alexander III was only a boy, but in 1262, was a grown man. Haakon was having none of it and gathered the greatest war fleet in Norwegian history and mooring at a place that was named after him – Kyleakin on Skye, meaning ‘strait of Haakon.’ The Norwegian combined force of naval vessels carrying warrior “marines” sailed south in July 1263 to the Firth of Clyde where Haakon raided Bute and landed on Arran.

At Largs on October 1, 1263, Haakon sent some of his force ashore and “battle” began as the Scots army pounced on them. It is claimed the Scots won. Haakon’s successor, Magnus IV, had no wish to continue a war with Scotland so he sent church messengers to Alexander and a meeting was set between the Scottish king and Magnus’s emissaries in Perth at Blackfriars Monastery (now the site of my local pub by the way!) in the summer of 1266 (two hundred years after the Battle of Hastings, much is said about that, but little of Largs). The Treaty of Perth in which the King of Norway ceded any claim to the Western Isles, the Isle of Man, and Kintyre and also disclaimed the overlordship of Caithness in return for a one-off payment of 4,000 merks of silver and an annual payment of 100 merks in perpetuity, though Magnus’s envoys made it clear he wanted Orkney and Shetland kept as Norwegian. The importance of the Treaty of Perth in Scottish history cannot be forgotten. For the first time, all of the mainland and the islands off the West Coast plus the Isle of Man came under the sovereignty of the king of Scots rather than the king of Norway. Scotland and Norway were now friends and allies and those who lived on the West Coast of Scotland and on the islands were safe in the knowledge they need no longer fear invasion by the Norwegian Vikings. It would be another two centuries before Shetland and Orkney finally became Scottish, but the process that made modern Scotland had begun in the monastery at Perth. 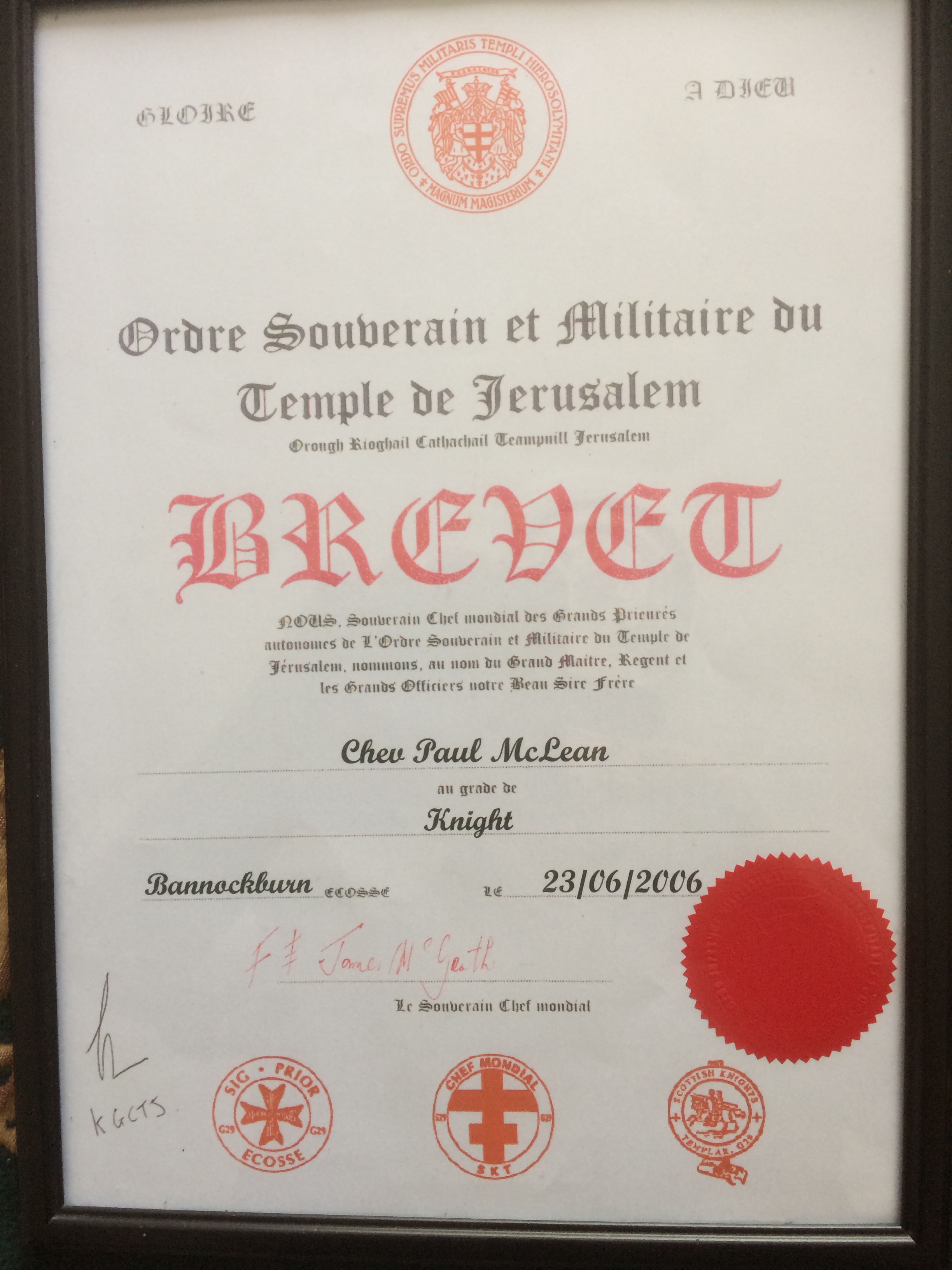 AGREEMENT BETWEEN MAGNUS IV. OF NORWAY, KING OF MANN AND THE ISLANDS, AND THE MOST SERENE KING ALEXANDER III. OF SCOTLAND.

And for greater security in these matters, both parties bind themselves in the penalty of 10,000 marks sterling, to be fully paid and judicially levied from the party wishing to recede from the observance of this composition and final agreement, the composition and final agreement nevertheless to remain in full force forever. Moreover Lord Magnus, the King of Norway, through his above-mentioned ministers, for himself, his heirs, and successors, and lord Alexander, the King of Scotland, for himself and his heirs, submit in this matter to the jurisdiction of the seat of the Apostles (the Pope), that through the single command of the foregoing, by means of sentences of excommunication against either party, neither to be excepted or interdicted in the kingdom without judicial trial, and some trial and some recognised cause should compel the party withdrawing from the composition and final agreement aforesaid, to pay to the party observing the composition and final agreement the said penalty of 10,000 marks, wholly and in full, nevertheless this composition and final agreement is to be observed in all and every particular confirmed and forever held valid. Thus on the part of both is renounced by this deed all intention of fraud, deceit, actions at law, and the pleading of privileges wholly, and all letters between the said kings and their ancestors hitherto obtained and held, whatever orders existed to the contrary, and all letters and apostolic indulgences obtained by request, and all remedy of canonical and civil law, by which the aforesaid concession, resignations quit-claim, composition and final agreement may be impeded, deferred, and finally overthrown, or in any manner weakened. Also it is added to this agreement, and by common assent ordained between the kings, and the kingdoms of Norway and Scotland, that all transgressions and offences between them and their ancestors and their people perpetrated to this day on both sides are wholly remitted, as long as the churches as well as the kingdoms receive no injury through the continuance of a lingering feeling of anger or revenge, and that the hostages of the said islands, taken from thence and detained, be restored to complete liberty. And if any enemy of these kings, namely, of Scotland and Norway, should take refuge with the other in his kingdom or dominion to his grievance, he is not to receive him, unless by chance for a time, or till he shall have obtained forgiveness if he merit it, and should he not obtain pardon of his Lord for his offence he is not to fail at the end of a year to remove him from his dominiens. Moreover if any of the people belonging to the King of Norway that niay be absent in the kingdom or dominion of the King of Scotland should suffer shipwreck or fonnder, they shall be permitted freely and quietly to collect, sell, and dispose of their broken or injured vessels, together with any other of their things, either for themselves or for others, fiee from all blame, so long as they rhall not have abandoned them. And should any act contrary to the resolutions of this state agreement concerning vessels or things in this manner imperilled, and should steal anything by fraud or violence, he shall be convicted respecting this as a robber and violator of the peace, according to his demerits, and punished accordingly, anything to the contrary being of no avail. But if any person has been found and convicted of disturbing the peace and final agreement made between the aforesaid kings and kingdoms and their inhabitants, and held and confirmed by the king in whose dominion he has been found, such shall be severely punished as an example and warning to others. And in testimony of these things, that part of this writing remaining in the possession of the said Lord the illustrious King of Norway shall be executed in manuscript, and having opposite the seal of the said lord the King of Scotland, together with the seals of the venerable Fathers Gamaliel of St. Androws and John of Glasgow, by the grace of God Bishops, and the noble Lords Alexander Cumin of Buchan, Patrick of Dunbar, William of Marr, Ady of Carrick, Earls, and Robert do Meyners, Baron. And to the other part of the said writing executed in manuscript and remaining in the posses-sion of the said lord the King of Scotland, the seal of His Excellency the said Lord the King of Norway, together with the seals of the venerable Fathers foter of Bergen and Thorgilson Stavangrensis by the grace of God, Bishops, and the noble men Gautus do Mole, Buccolinus son of John, Finnus son of Gautus, Andreas son of Nicolas, and Asketinus, Chancellor of the said lord the King of Norway is appended.

MCLEANSCOTLAND are based in Perth, Scotland. Paul McLean lives there, has done so for over 25 years, after residing also during his days in Wales, England and Ireland. Perth was the capital of Scotland, until the king was murdered here – in what is now Paul’s local pub!  Liz lives in the golfing haven of Carnoustie. Paul; into Scottish/Irish history in a big way, he has written, sourced many historic documents in his time, writes blogs on history and whisky and Scotland in general. No expert by a mile, but if enthusiasm counted, he would be up there with the best of them. A Knights Templar, Paul is what many would call (inc Liz) a history freak.