Are you ready for this?  It may freak you out, and contrary to what Liz may say, I wasnee around then.  During the Devonian period (419 – 359 million years ago), Scotland lay south of the equator. Scotland was all above sea level and was in parts very mountainous. The Devonian saw the final stages of the coming together of the continents of Laurentia and Baltica. This collision of continents formed a mountain range across the northern half of Scotland, the Caledonian Mountains, probably as high as the Swiss Alps are today, and may even have been as high as the Himalayas. It is due to 400 million years of erosion and corrosion the mountains are no longer this high. In southern Scotland we see the remains of the large lava flows that erupted, with the most extensive areas near Oban, in north and west Fife, and east of Jedburgh in the Scottish Borders, northern Scotland saw the remains of magma chambers, this cooled to form granite. Because granite is a hard rock, it forms many of Scotland’s Highland hills, for example the Cairngorm Mountains. Dalradian rocks were originally layers of sediment deposited 800 million to 500 million years ago at the edge of the Iapetus Ocean. Scotland has a long and fascinating geological story. It has taken almost 3000 million years and a journey around the globe, welding together parts of several of the Earth’s tectonic plates, to become what we know today as Scotland. In the past, Scotland has been a desert, a tropical swamp, a mountainous landscape with volcanoes, and an ocean floor, all of which have been witness to several ice ages. We know this from the rocks, and the fossils they contain, that are all around us and beneath our feet. 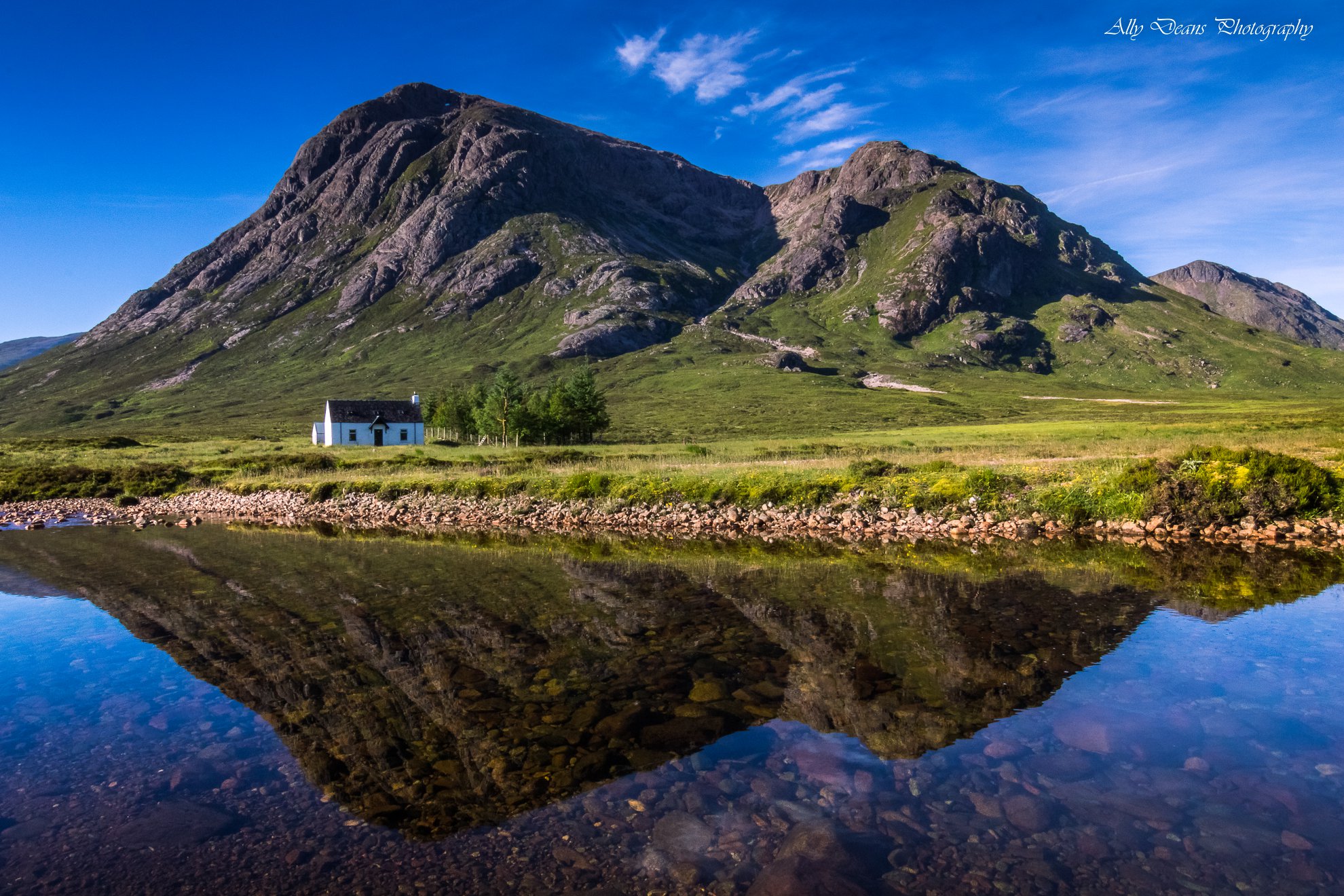 So now we arrive at the Quaternary period (2.6 Ma – present). Scotland during the last 2.6 million years is one of ice sheets, glaciers and warmer periods. It is dominated by the erosive power of the ice, activity that has shaped much of the landscape of Scotland that we see today, the last major ice age in Scotland happened around 18000 years ago. Ice up to 1km thick flowed across the country, scraping rock, gouging U-shaped valleys and eroding mountains. Woolly mammoths, rhinos and other large mammals roamed the Scottish tundra in areas now covered in sea to the northwest of Scotland. These animals have also been found in Ayrshire. The Highlands and Islands lie to the north and west of the Highland Boundary Fault, which runs from Arran to Stonehaven. This part of Scotland largely comprises ancient rocks, from Cambrian and Precambrian times, that were uplifted to form a mountain chain during the later Caledonian orogeny, interspersed with many igneous intrusions of more recent age such as the Cairngorms and Skye Cuillins. The highest elevations in the British Isles are found in Scotland, including Ben Nevis, the highest peak at 1,344 metres (4,409 ft). Scotland has over 790 islands, divided into four main groups: Shetland, Orkney, and the Hebrides, further sub-divided into the Inner Hebrides and Outer Hebrides. Are you exhausted yet? Want to know more? Then check out www.geologyglasgow.org.uk/local-rocks.

Where is this leading us? I will tell you, every now and again I like to get away from whisky tours and get down and dirty in the rocks, study Dalriada, mountains and glens, lochs and coasts. Nothing interests me more, well maybe history and whisky and we even can take you to these places, especially with one of our driver guides ex Royal Marine, Andy. He will clamber up mountains and go packing around the glens with you, as an ex, he has the know-how and wish to walk about over mountains etc. Myself, I will stay in the car. Meaning, we can take you wherever you wish to go in our country, driving and/or walking, just ask us; info@mcleanscotland.com