A bit of Scottish History

A bit of Scottish History

DALRIADA. This is where “modern” history began. With history from the time of Moses, intermingled with legends such as St. Patrick and St. Columba, Dalriada was first the name for the land in Northern Ireland . Founded by Cairbre Riadia who settled in this area and later, the name was applied to the Scottish area where three brothers: Angus, Lorne and Fergus settled.

Angus was the seafaring brother, having Jura and Islay as his lands. There are several stories about the origins of Dalriada. Did the three brothers go north together as history claims, or did Fergus join Angus and Lorne already settled in this area?
Can I really prove any of this? No, sorry I can’t but a legend is a legend!

“In the time of Moses” so the legend goes, there was a man named Gaodhal Glas who had been bitten by a serpent. Moses is said to have cured him and to have promised that `no serpent or other poisonous thing should infest the happy western island’ that his descendants would one day inhabit.

From Gaodhal they took the name Gaedheal or Gael. Gaodhal’s grandson, Niul (niall or Neil), was invited to Egypt as an instructor. There he met and married the Pharaoh’s daughter, Scota. He and his people prospered until later when they were driven from Egypt .

They wandered for a long time through Crete and Thrace finally reaching Spain .  In Spain they heard of Ireland, perhaps from Phoenician traders. This they decided must be the Isle of Destiny foretold for them by Moses. Their leader at this time was Milesius whose wife was also named Scota. Scota and her eight sons, their families and followers finally set out on the voyage to their Isle of Destiny.

In later ages the land was called Scotia and the people were called Scotti. Scota brought from Egypt a stone of black marble on which strange runes were carved. They landed in Ireland and fought the people there. Scota died in Ireland and later there was a warrior of the Goidelic line called Tuathal.  He founded a kingdom at Tara. By the fourth century the Scotti were assailing the Roman province of Britain. They filtered across to the Southern Hebrides and to the mainland (now Scotland’s west coast). 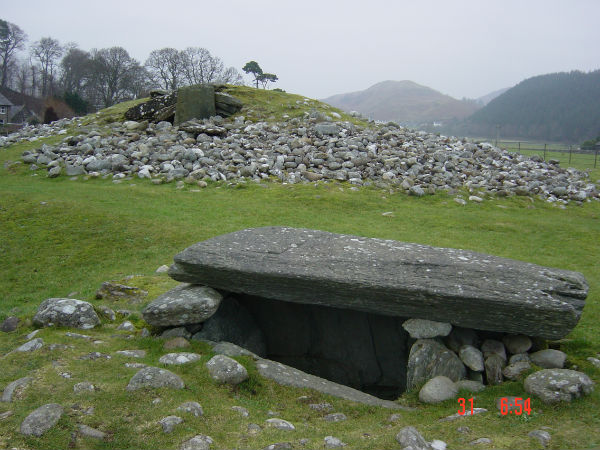 the Kingdom of Dalriada came to exist, being established by a Gaelic-speaking people whom the Romans had known as the warlike and tempestuous Scotti.’ Cairbre Riada, a descendant of Tuathal, had settled his people first in Munster, but famine caused him to abandon this land.

He established a petty kingdom between the Antrim Mountains and the sea. He obtained this territory between 254 and 273 AD. The word `Riada’, or `Righfadna’, means `the long-armed’. Cairbre Riada was a nobleman of high parentage. His father was Conaire II, King of the Province of Ulster from AD 212 to 220 and his mother was the daughter of the illustrious Warrior King, Conn of the Hundred Battles.

The centre of his kingdom was the ancient Dunseverick Castle set on a great rock rising sheer from the Atlantic in the strongest defensive position of Ireland’s northern coast. Dal’ means ‘descendants’ and in a secondary sense `the territory of the descendant’. The word `Dalriada’ therefore signifies ‘the territory of the descendants of Cairbre Riada. Cairbre Riada’s heir, Eochach Dubhlein, married a Pictish princess, the daughter of the Albain King Obdaire. She bore him three sons, known in legend as the `three Collas’. The oldest, Colla Uais, aspired to the High Kingship of Tara but was defeated by a cousin.

He and his brothers fled to Alba (Scotland -possibly to Colonsay). Cairbre Riada’s descendants ruled the coast area of Antrim until Colla Uais grandson, Erc of Dalriada, died. Erc had twelve sons, the youngest being Fergus, Lorn and Angus. The recorded history of Argyll begins in the 5th Century AD when it was invaded by the Scotti (Celts). The Scotti were the Gaelic-speaking people who had gained ascendancy in Ulster. Around the year 502 AD, Fergus, with Lorne and Angus, led a great invasion of the (Scottish) coast by the warriors of Dalriada.

They successfully occupied the area now know as Argyll and some of the islands including Islay. Thus the Dalriadic settlement in Argyll was founded by the three sons of Erc. These Scotti came to colonize the west Highland fringe known as Dalriada or Oirir-Chaidhell, Argyll, or `the Coastland of the Gael’. Fergus established himself as king over this area which came to be known as the Second Dalriada. Fergus and his men were known as Scotti and they gave this name to the whole country. He chose as the centre of his kingdom a site on a hillock known as Dunadd. Dunadd was the capital of Dalriada for about 345 years.

This was the seat of Fergus Mac Erc and it is said that he brought with him from Ulster the Lia Fiall – Jacob’s Pillow – later to be known as the Stone of Destiny. A hillock and a rock are all that remain. Historians believe that this was the place where kings were crowned; that St. Columba crowned Aidan here in 574 AD using the disputed Stone of Destiny as the throne. 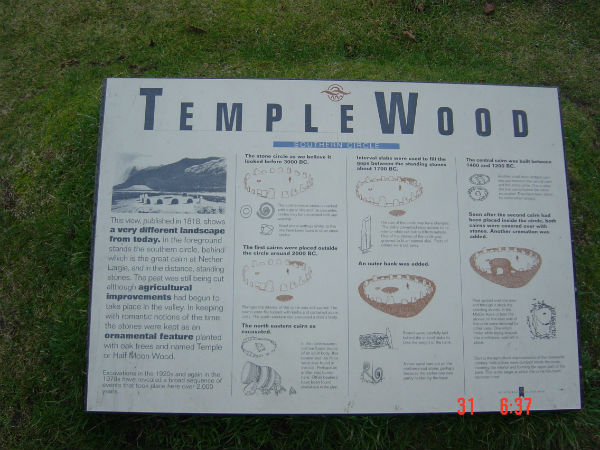 Should you wish to discover more about Dalriada and the west coast lands, we can design you a bespoke Scottish tour  – with an experienced, expert guide, of course. This would include the areas around Crinan, Kilmartin, Oban, Mull and even into Glencoe.  You can stay in a mix of accommodation from traditional guest houses to castles.  Just email us for details: info@mcleanscotland.com